Read about the data from Tuscany, Genoa and France.

Centuries ago, ships sailing the oceans of the world were exposed to innumerable risks. When an ominous storm loomed on the horizon, or when corsairs started to chase the ship, lives and goods were put in danger. In situations like this - which occurred more frequently than we can imagine - the threat to the voyage was often so grave that the shipmaster decided to jettison the cargo overboard into the sea, helping to lighten the ship and save it from a perilous fate.

Such events were often recorded meticulously once the ship arrived back in port, as they were the basis for fiery debates between merchants and crew members about who should bear the losses. These records provide us with rich information about maritime trade and navigation.

Where the data comes from

The project covers source material from around the mediterannean (Genoa, Tuscany, Venice & Malta), Spain and France. Data is currently available from the following sources:

By the mid-sixteenth century, the Medici family had secured hereditary rule over Florence and its territories, and Cosimo I was made the first Grand Duke of Tuscany in 1569. Livorno would be one of the regime’s greatest achievements. Thanks to innovative policy and enormous investment, it was transformed from a small fortress in a marsh into the seventeenth century boom town of the Mediterranean. 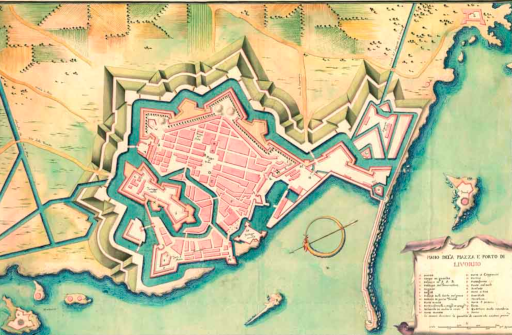 Genoa was the capital of the Genoese republic, an independent state and an aristocratic republic from 1528 to 1797 in Liguria, on the northwestern Italian coast. It incorporated Corsica from 1347 to 1768.

In the Middle Ages, Genoa was a maritime republic and one of the main European port cities, with numerous other territories throughout the Mediterranean and the Black Sea. During the Early Modern age, it was a leading centre of international finance and a great hub of maritime trade. The importance of Genoa, of its port and its trade in these centuries were the reasons why many General Averages were declared here. Luckily, a large part of this documentation survived. 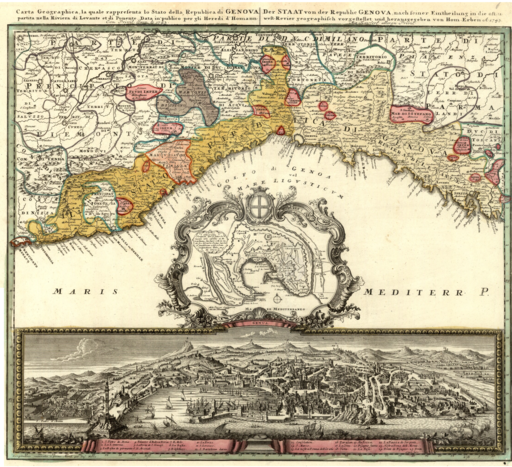 Like Lloyd’s coffeehouse in London, the Royal Insurance Chamber in Paris (1668-86) was a private underwriting institution where individual insurers met to underwrite voyages spanning the globe. Drawing from the Chamber’s extensive registers, this database documents over 4000 insurance policies, comprising all those signed in the Chamber in the years 1668 to 1672. These offer an extraordinary window into the practice of marine insurance at the heart of the Sun King’s personal rule.

During the Early Modern period, the volume of maritime traffic between Seville, terminal of Atlantic trade, and the American territories of the Spanish Monarchy, experienced a significant growth.

The institution in charge of the supervision and management of overseas traffic was the Casa de la Contratación of Seville, where the court of the Real Audiencia de la Contratación was established with broad powers to settle matters related to commercial traffic with the Indies, such as accidents suffered by the ships of the Carrera de Indias.

Pieter Mulier A Ship Wrecked in a Storm off a Rocky Coast [Public domain], via Wikimedia Commons

Shipping in a rough sea off Malta by Alberto Pullicino, [Public domain], via Wikimedia Commons