Our Exhibits are short collections of documents (typically > 10) from our digital archive, curated by the WFTA team, to provide a quick overview of a particular theme. These would be particularly useful for students who are new to the topic or archival research. We have also included research notes and reading lists for students and researchers alongside each document within an Exhibit to highlight why these documents are important.

Destruction of Cultural Heritage in Iraq

In the chaos that ensued during the war in Iraq, the region became susceptible to the looting of its artefacts and archaeological sites. Widespread looting by Western troops occurred in the area in what was called “the greatest cultural disasters in recent Middle Eastern history” by the New York Times.

The documents in this exhibit would be useful for those researching the destruction of Iraqi cultural heritage during the Iraq War, and would especially help the researcher understand Britain’s response to the aforementioned destruction.

Harm to Indian Troops and Officers during the Mesopotamia Campaign

Focusing on Sir Stanley Maude’s victory address to the people of Baghdad, this exhibit highlights the difference between how the sacrifice of Indian troops and officers was acknowledged in the Mesopotamian Commission compared with Maude’s speech.

The first source clarifies the Indian contribution to the war effort according to data collected by the War Office. The second source – Maude’s address to the people of Baghdad – highlights Maude’s ignorance towards the sacrifice of Indian troops and officers during the advance. The final three sources study the Commission’s scrutiny of British treatment of Indian troops and officers; it also investigates how the Commission’s data was collected, and when did this data become readily available to high-ranking British officials.

Indian Involvement in the Mesopotamia Campaign

This exhibit contains reports speaking of the Indian contribution to Britain’s army, in specific numbers both in terms of manpower and material support.

This collection of documents would be a useful source for those trying to understand the various aspects of the Indian involvement in the Mesopotamia campaign of the First World War. However, our project focuses on collecting documents collated/produced by the Mesopotamia Commission and these documents do not include Indian voices. For understanding this side of the story, we have listed below some additional resources that might be useful. These include helpful secondary literature as well as letters, diaries, songs, and other primary sources. 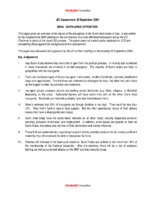 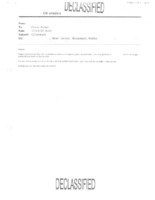 These sources discuss the complexities of re-establishing the Oil Sector within Iraq. They deal with a number of issues such as governance, development planning and ensuring British interest and involvement in the region’s oil production and distribution.

These sources can help scholars understand the barriers ministers and organisations faced regarding these issues as well as Britain’s standpoint on more ethical and political issues. As an oil rich state, these sources provide us with a substantial understanding as to why Britain remained so active in Iraq following the invasion.