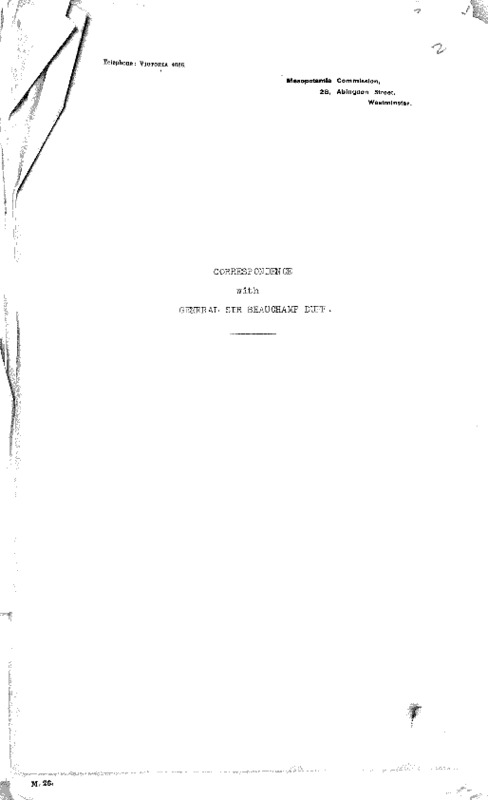 This document containing the correspondence of General Sir Beauchamp Duff includes some references to the contribution of India to the Mesopotamia campaign. On various occasions, it references the documents prepared by the Army headquarters in India for the commission showing the process through which they were requested and transferred between different departments. In addition, pages 10-17 recount the number of the sick and the number of deaths that occurred en route from Mesopotamia. These figures are listed in extensive detail, divided by months and by British and Indian troops. Pages 40-43 provide details on the troops returning from Mesopotamia in September 1915, again divided by Indian and British soldiers. Lastly, pages 130-136 describe particulars on the demand for ordnance stores, that is ammunition. Some of this supply was being produced in India and there were concerns that the demand might exhaust the supply available at the time.

← Memorandum on the Assistance given by India in supplying commodities
Mesopotamia Commission Report →
Duff, General Sir Beauchamp: correspondence with