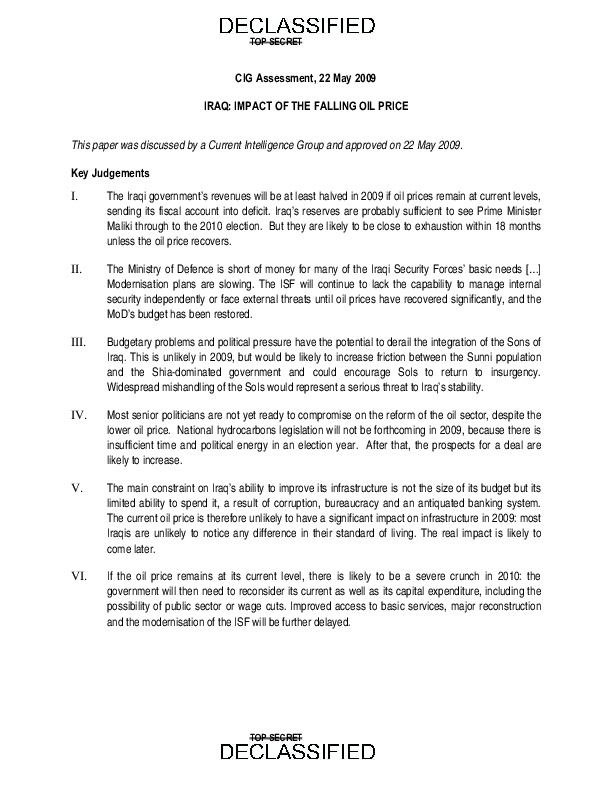 This paper discusses the impact of falling oil process on the Iraqi economy, funding for the Iraqi Security Forces and modernisation within Iraq. The source warns that this will likely increase ethnic tension between Sunni and Shia Muslim groups and that this could increase terror attacks led by the Sons of Iraq. Further to this, the source raises the concern that whilst Iraq has a considerable budget, it is unable to spend this in areas of need due to corruption, bureaucracy, and an antiquated banking system.

This source is useful to scholars as it demonstrates the impact of the economy, and oil pricing, on social tensions and basic security needs as well as indicating how economy hardship can be exacerbated by corruption and a lack of banking infrastructure.