Letter from Secretary of State for Trade and Industry on the Governance of the Iraqi Oil Sector 16.1.2004 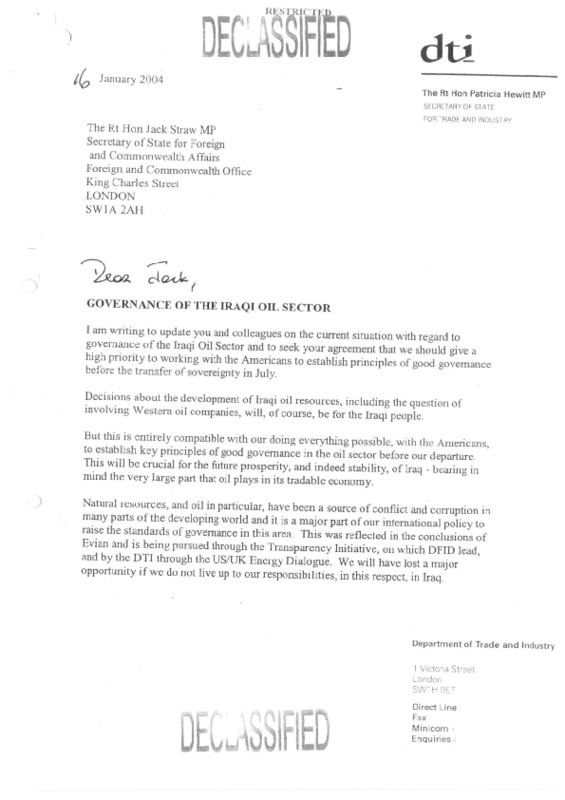 This letter is an update for the Secretary of State for Foreign and Commonwealth Affairs, Jack Straw, discussing the key governance principles that Britain hope to put forward regarding the Iraqi oil sector. The letter suggests establishing these with the Americans and before transferring sovereignty to the new Iraqi government.

This indicates to scholars the level of control that the US and Britain hoped to establish and hold over the Iraqi oil sector in order to ensure that the West benefitted from this wave of new oil production. This control is disguised by concerns raised regarding corruption and conflict within Iraq and Britain’s international policy to raise the standards of governance in societies like this.

← Letter from Neil Hurst to George Fergusson on Iraqi Oil Industry Governance 7.1.2004
Britain’s Oil and Gas Strategy in Iraq 12.5.2005 →
Letter from Secretary of State for Trade and Industry on the Governance of the Iraqi Oil Sector 16.1.2004