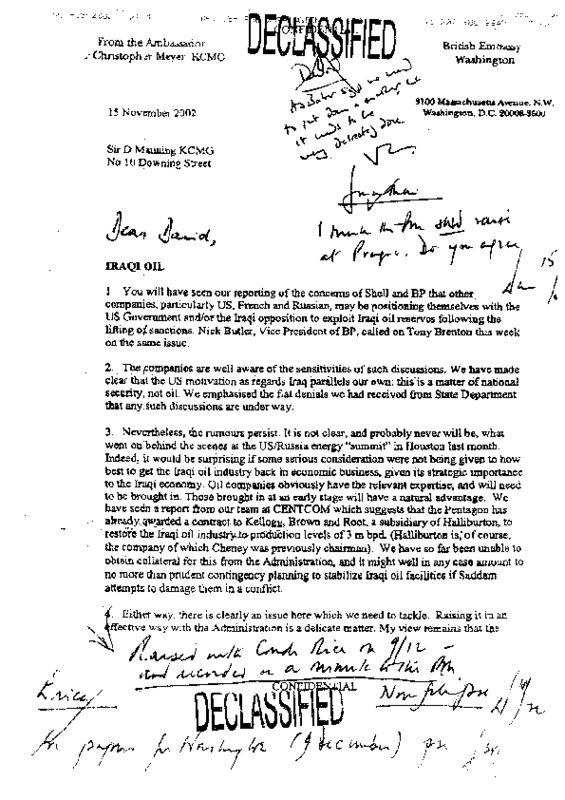 This letter from Christopher Meyer, Britain’s Ambassador to the United States, describes the international reaction to the potential lifting of sanctions imposed on following Iraq following its invasion of Kuwait in 1990. The main concern is that the international community are aligning with the US government politically in order to exploit Iraq for its oil.

The source is explicit that the British stance upon Iraq remains that the state is a concern to national security and that oil is not a persuasive factor in Britain’s actions regarding Iraq. This source is of use to scholars as it demonstrates Britain’s official position regarding Iraq prior to the organisation of the invasion. How accurate this diplomatic communication is should be considered by students as the source is quick to highlight particular states and reaffirm Britain’s innocence in the matter.