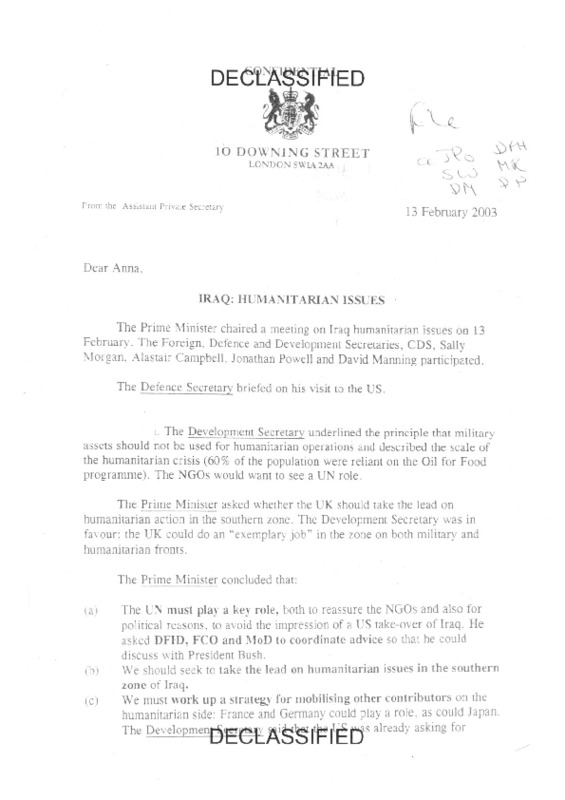 This minute contains details of a meeting held between Tony Blair, the Foreign, Defence and Development Secretaries and a number of other people regarding which organisations should be responsible for the humanitarian element of the invasion. Blair concludes that the UK should lead humanitarian efforts in the south of Iraq and calls for the involvement of the UN and NGOs as well as other states like Japan, France, and Germany.

This source is a great tool for scholars as it demonstrates the UK’s desire for the invasion to appear as a united and global effort, rather than a US takeover.