Conditions of Indian Army on Outbreak of War 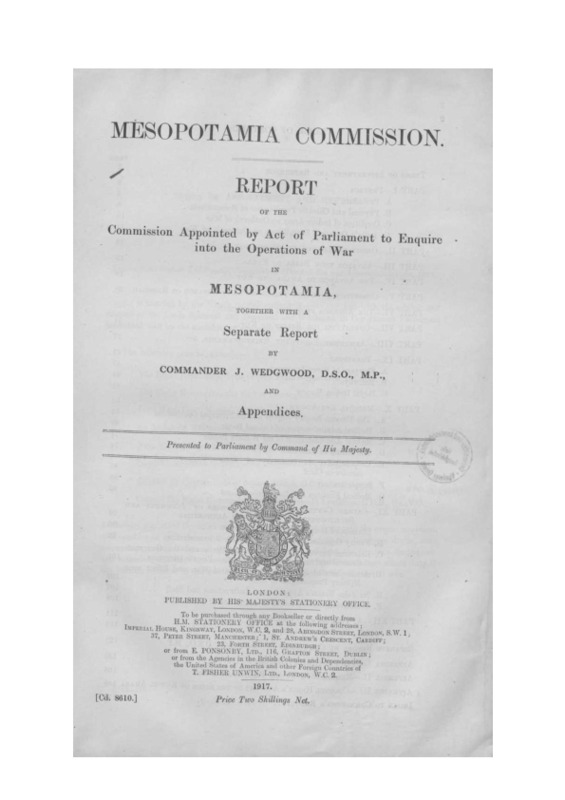 This source belongs to the first part of the Mesopotamian Commission published in May 1917, titled ‘Preference’, Part 1(c) – ‘Condition of Indian Army on Outbreak of War’. It concluded that India was underresourced to face European opposition and that its medical establishments were outdated, thus leaving the troops dependent on British direction and support. Indian troops and officers were unprepared to face the “large and comprehensive” demands demanded by the British War Office and the War Office should have been aware of this underresourcing as it was authorised pre-war by their government.

Although published in 1917, this part of the commission detailed how three years prior to the advancement on Baghdad, the Indian army was already disadvantaged. Through the Commission, the events leading up to the capture of Baghdad – especially those that took a toll on the welfare of the Indian army – were contextualised not as individual military failures, but as parts of a more comprehensive systemic failure of ignorance and neglect.

← Telegram to Viceroy, Foreign Department, from Baghdad
Monthly Percentage of Sick Exclusive of Wounded in 1917 →
Conditions of Indian Army on Outbreak of War