Monthly Percentage of Sick Exclusive of Wounded in 1917 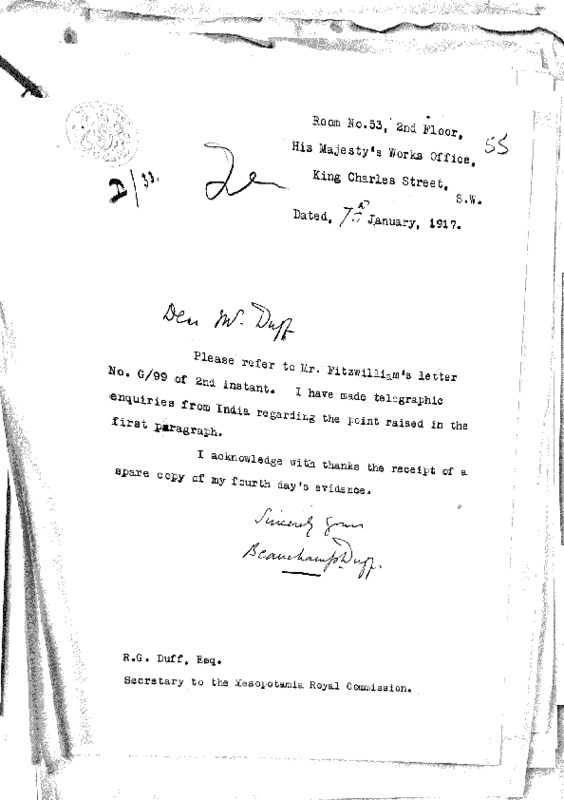 This source (held in General Sir Beauchamp Duff’s diary dated 17th January 1917) contains a copy of a telegram sent to Duff by Sir George Kirkpatrick, the Chief of General Staff, Delhi. The telegram contained tables detailing the monthly percentage of sick soldiers exclusive of wounded between June 1915 to April 1916. Comparing Indian and British Troops and Officers, the tables highlighted the percentage of those sick, the number of those invalidated, and the number of deaths.

Duff – once the Chief of General Staff in Delhi himself and heavily scrutinised by the Mesopotamian Commission – took his own life in 1918 pending the Commission’s results.

This telegram directs historians to identify the building of the Mesopotamian Commission. It demonstrates that data surrounding the malnourishment of Indian troops and officers was being circulate at the height of British advancements in Mesopotamia. Three months prior to the address to the people of Baghdad, the correspondence between Duff and Kirkpatrick strikingly contrasts the already existing sacrifice of Indian troops and officers against a neglectful leadership.