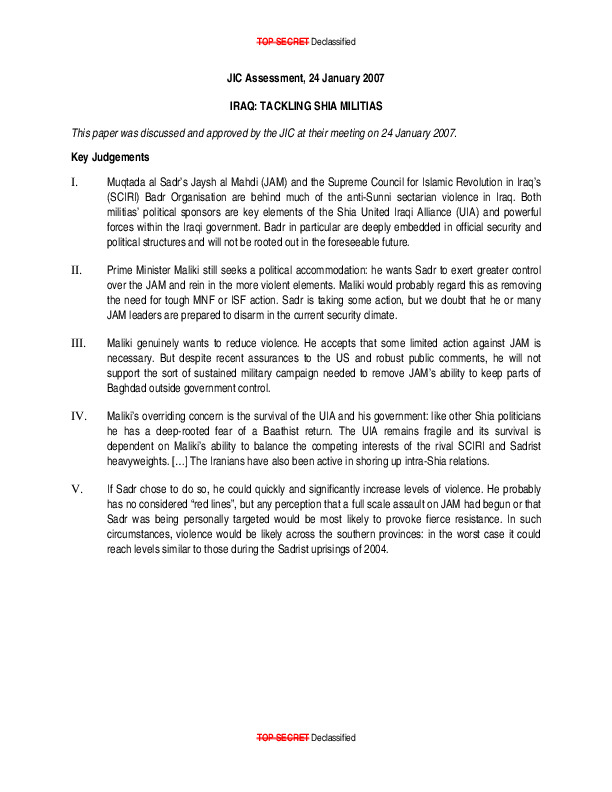 This document discusses the direct involvement of Shia militias in inciting anti-Sunni sectarian violence in Iraq. The militias discussed are part of the Shia United Iraqi Alliance that is embedded in the Iraqi governmental structure. The paper details that Prime Minister Maliki seeks to reduce violence but refuses to support the coalitions sustained military campaign that seeks to remove one of the Shia militias.

This source is useful to scholars as it shows the juxtaposition of politicians and the coalition as, even though they have similar objectives and views of a peaceful Iraq, their methodologies to achieve this oppose each other.