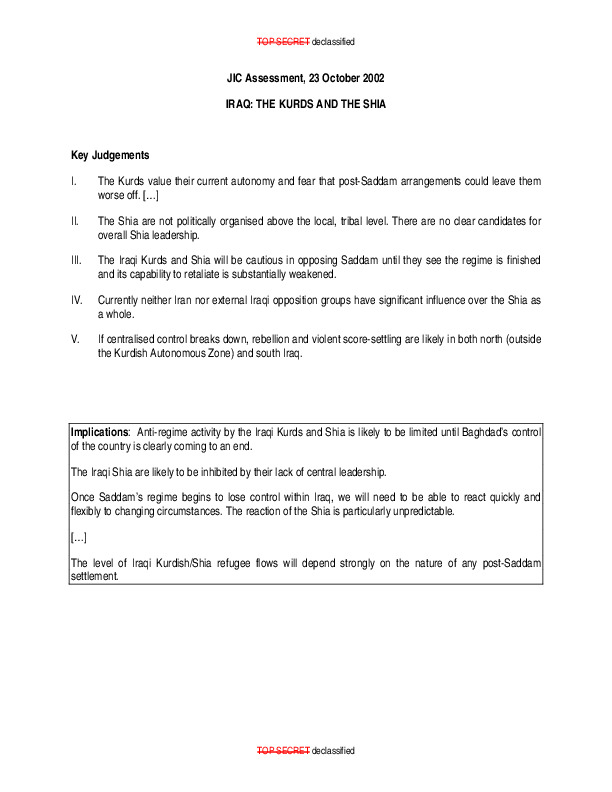 This document assesses the expected reaction of the Kurdish and Shia populations to a US-led invasion of Iraq. The paper examines the unity of these populations and any external influences that they are impacted by in order to understand what they aspirations they had in a potential post-Saddam Iraq.

This is a useful document to scholars as it highlights that removing the Saddam regime would create instability that would be unpredictable for the coalition. Despite this, the paper highlights that increased political power would gain Shia support for the coalition and the international implication of this in terms of Iraq’s relationship with Iran and other Sunni Arab states.