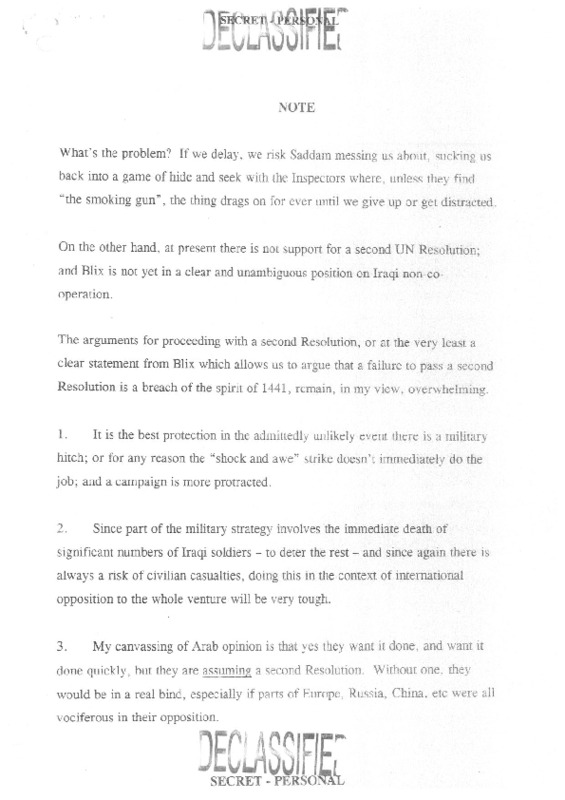 Action plan denoting the importance of trying to gain UN support for the invasion.

Proposes an action plan which lays out the conditions for the second resolution. This demonstrates the multiple processes that invading forces went through in order to try and legitimise the invasion. UN approval holds international significance as it is a body that ensures the protection of state sovereignty, human rights, and international law.