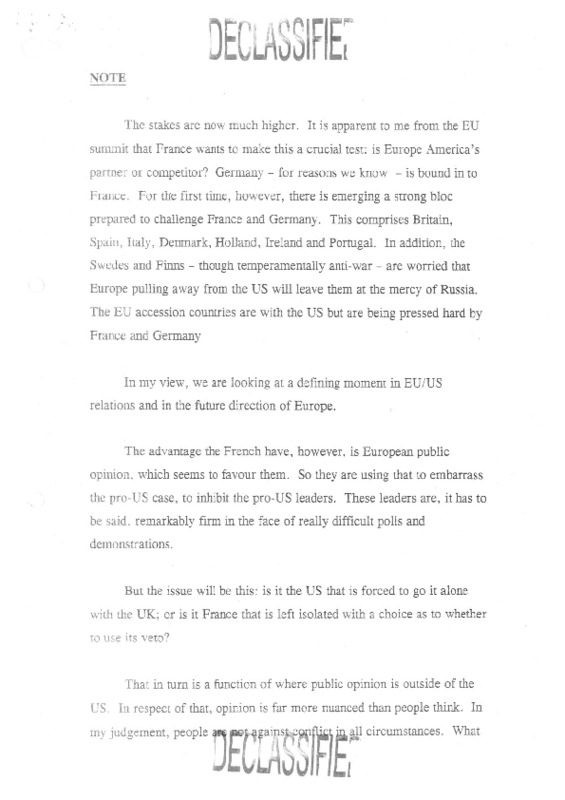 Note with an action plan to ensure UN support through a resolution for the invasion. Includes a proposal with advantages and disadvantages of pushing a second, more explicit resolution through the UN.

Focused on ensuring UN support for the invasion of Iraq. France has veto power as a member of the security council so are a primary concern to the US and Britain in gaining that support. Information of Hussain’s willing cooperation is vague so lays out a proposal to still try and gain legitimacy for the invasion through a second resolution.

This source is far more blatant in pushing for UN approval, there is desperation in its tone as definitions of terms such as ‘full cooperation’ are called for in order to force investigators in Iraq to endorse military action to the UN.