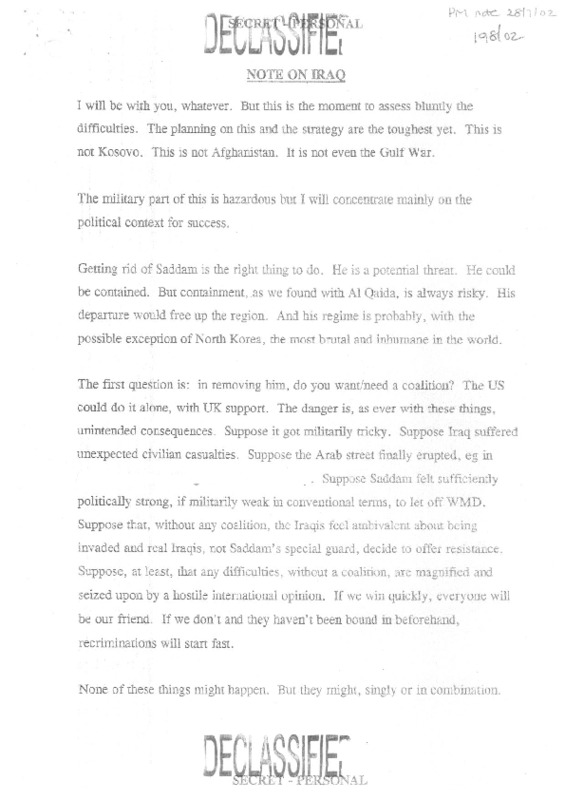 Addresses a number of Blair’s initial concerns surrounding an invasion of Iraq as well as some solutions.

This source demonstrates Blair’s initial attempts to solves some of the fundamental issues governments have when undertaking foreign interventions in other sovereign states. This source holds utility for those studying Britain’s initial intentions for the invasion and its initial strategy plans for military intervention, foreign support and its intentions for Iraq following the removal of Saddam Hussein as leader.