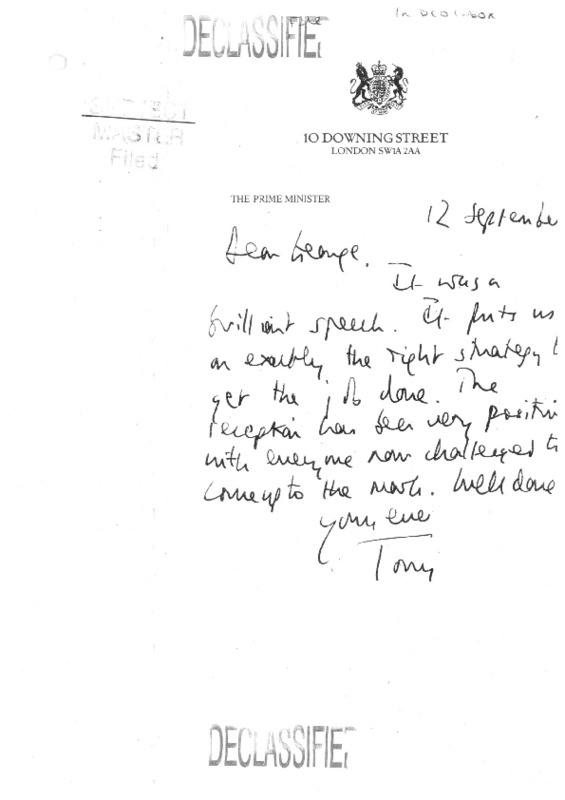 Response to George Bush’s Speech at the United Nations General Assembly on 12 September 2002.

Demonstrates Blair’s unwavering support for the Bush administration and its opinion that the sanctions imposed upon Iraq during the early 2000s were insufficient as a measure of preventing Saddam Hussein from continuing his reign of terror. In his speech, Bush alludes to taking further action due to the failure of sanctions, it is evident from the source that Blair and Bush have already discussed this, and Blair feels that there is international support for their approach.