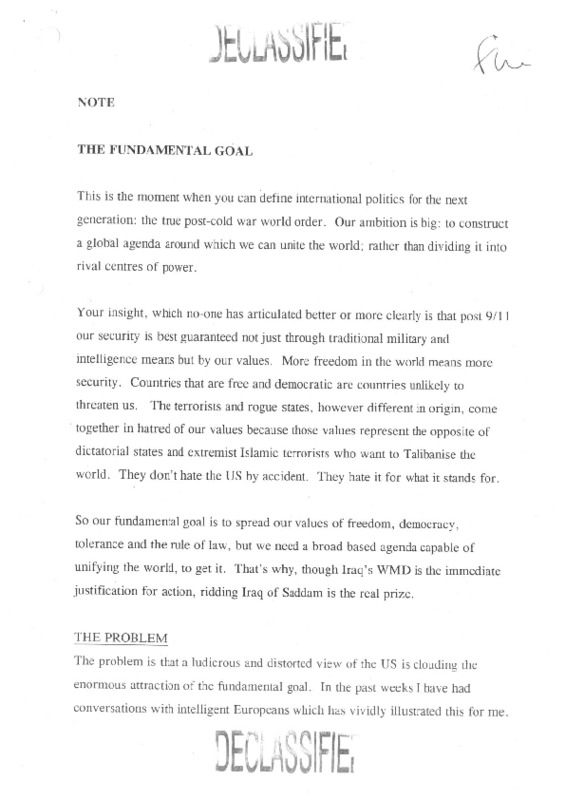 Note detailing the goal of the aim of British and American foreign policy regarding gathering international support for the invasion of Iraq.

This document discusses the fundamental goal of international politics as Britain views it. It aims to unite the international community and increase the popularity of American values such as democracy and liberalism. It also declares the goal of the invasion of Iraq: to remove Saddam Hussein from power justifying this action by emphasising the presence and threat of WMD in Iraq.

This is a detailed document that addresses many of the key international powers in 2003 including Russia, the EU, France and Germany. There seems to be contention surrounding the idea of implementing western-style governments in Arab countries, a key debate around the invasion of Iraq. This is hugely useful to students of the subject as it demonstrates methods of coalition building and cooperation within the international system and how governments use methods of influence to encourage collaboration.