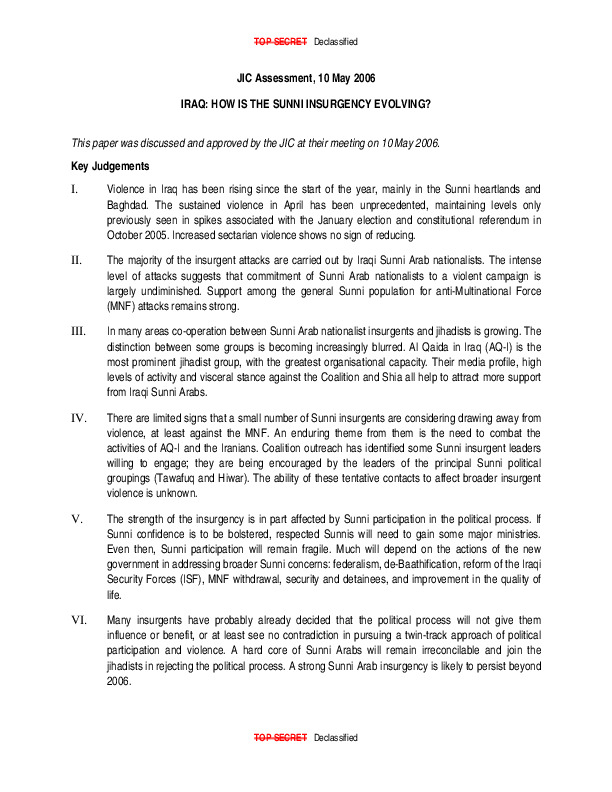 This paper discusses trends in sectarian violence that were experienced in Iraq during the initial years of the invasion. It discusses the nature of the insurgency and names Sunni Arab nationalists as the drivers of insurgency and violence within Iraq.

It remarks positively on the potential of arranging ceasefires on a local basis between insurgents and the MNF but concludes that the strength of the insurgency is driven by Sunni participation in the political process of Iraq. This document is of great use to scholars as it helps identify which groups the coalition viewed as a threat and why whilst also indicating the factors which motivated Sunni insurgents to act against the MNF.