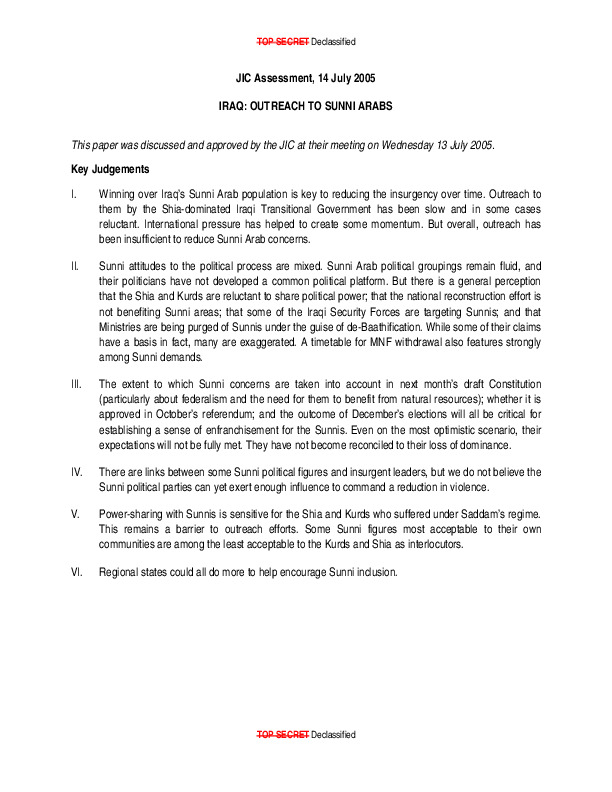 This paper discusses how Sunni Arab’s align themselves politically based on their cultural, political and economic grievances. These grievances seem, in part, valid as the paper discusses Sunni’s being forced from their homes and greater Sunni influence in the political process.

This report is useful as it demonstrates the coalition’s understanding of Sunni grievances during 2005. How accurate this belief is needs to be tested, but this document provides scholars of an insight into what information coalition politicians were aware of and could be used to justify the actions of the coalition towards Sunni Arabs during the invasion.