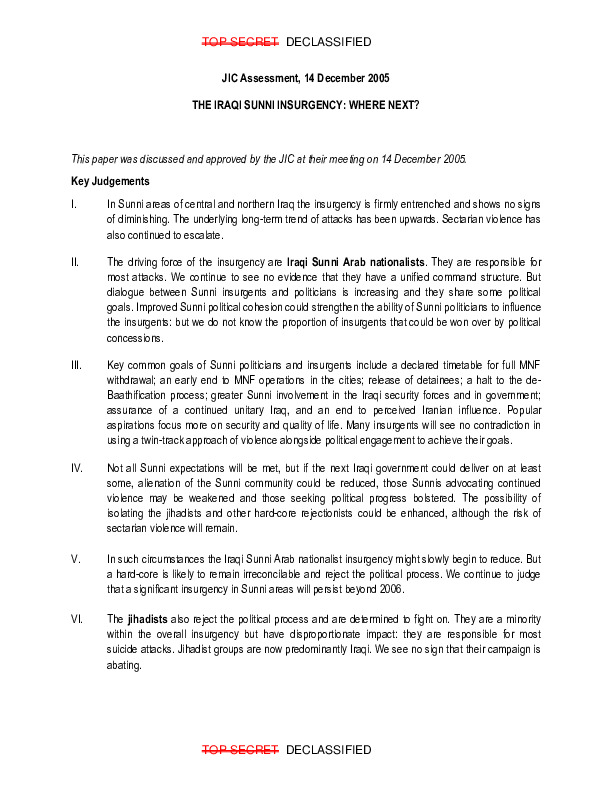 This paper identifies the Sunni Arab Nationalists as the driving force of the insurgency. It details the common goals of Sunni politicians and insurgents in trying to reduce the role of the Multinational Forces in Iraq. The paper also further discusses the possibility of a reduction in Sunni violence, due to lessened Sunni alienation, should the Iraqi government deliver on some of the Sunni’s expectations.

This indicates to scholars how the coalition evaluated the threat of violence and its reduction throughout the course of the invasion and considered placating the Sunni Arab group in order to reduce sectarian and insurgent violence.