The Draft Constitution and Sunni Violence 15.9.2005 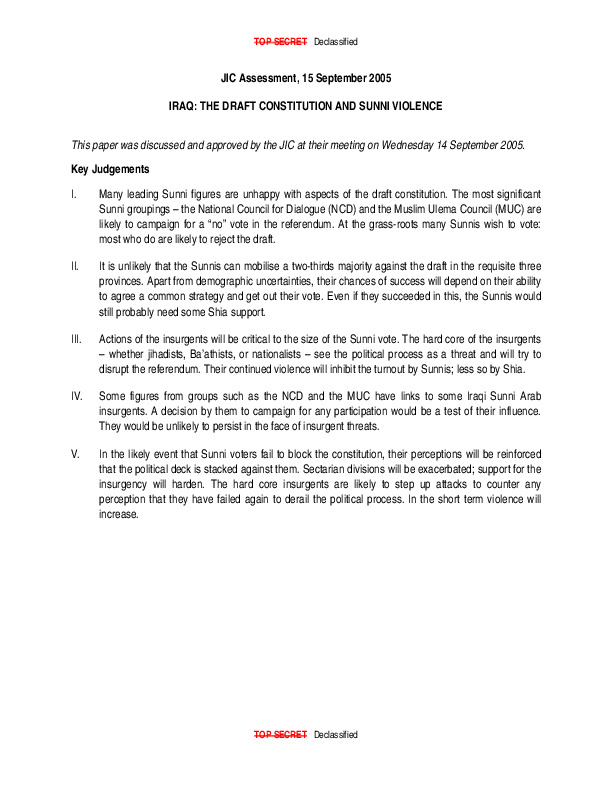 This paper summarises the Sunni Arab reaction to the acceptance of the draft constitution by the Transitional National Assembly. It discusses the role of Sunni political attitudes in finding widespread acceptance for the constitution and how the reaction of Sunni leaders was mixed.

This source is critical to scholars as it examines how the coalition could address improving the popularity of the constitution amongst Sunni groups, thus reducing the amount of insurgent violence. Increased understanding of this demonstrates how the coalition approached reconstruction and inter-ethnic relationship building.